News is not going to get better 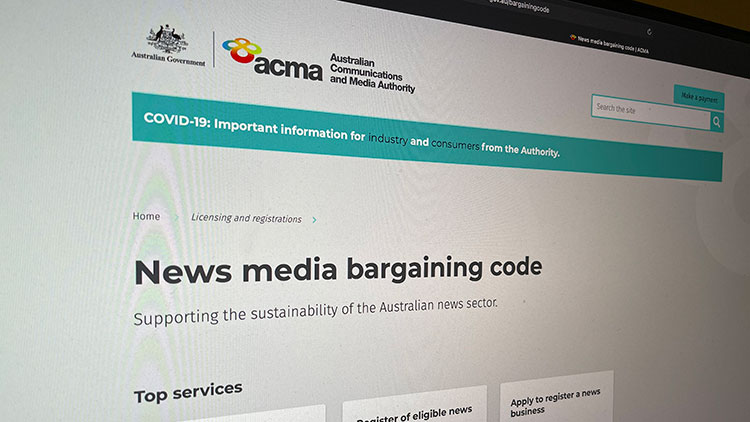 Of course we missed the opportunity to do something about improving news in Australia.

The recent argument between news outlets, the federal governments and the significant internet presences of Google and Facebook was an opportunity. We could have used this moment to have a considered examination of how we produce and consume news and media in this country.

It would have also meant coming to terms with a couple of hard truths that I am sure will upset more than a few people. But I have no doubt it would have resulted in at least an understanding of why the news and media businesses have ended up where they currently find themselves.

Instead, Facebook ended up removing news (along with plenty of other things) from their platform in response to the proposal of the News Media Bargaining Code by the federal government.

They ended up reversing the decision a few days later after what seemed like the entire news producing and heavy consuming parts of the country lost their collective minds.

But what if instead of a collective, national unghinging, we actually considered what lead us to this place?

Imagine, for a moment, that we actually talked about how news outlets have had over 10 years to consider how they deal the impact that social media was having on their operations? Talked, even a little, how whether or not funnelling all those resources and attention into a platform like Facebook was actually a good thing?

It goes back further than that, however. We know that news outlets have been struggling since the internet carved out the real money makers. For newspapers, it was the decline of the classifieds. For most others, it was the ability for advertisers to reach more eyeballs for a far lower cost than paying for page spreads in magazines.

Obviously, finding new ways of generating revenue for yourself is difficult. There is a reason why I work a day job employed by someone else and don’t freelance. But the effects of the internet having been felt for a long time now, and for the most part a lot of companies are still struggling to come up with workable solutions.

Much of this can be placed at the feet of management-types. The lack of any decent thinking at the top of Fairfax saw the company subsumed by the Nine Network at the end of 2018 after years of falling revenue, staff strikes and seemingly endless rounds of redundancies as it failed to come to terms with changing consumer media diets.

The rise of social media made things worse.

Not just because it became the default internet destination for many people, training them to trust the the algorithm to deliver their content. But because they used their power to drive news production behaviour.

The “pivot to video” of the mid-2010s saw plenty of media companies push hard into posting content directly on social media platforms, and encourage their audience to head there to get their news. It ended badly.

The news outlets had no real way of auditing the viewership numbers they were being given by the platforms. Predictably, in 2016, it was revealed that Facebook had been inflating the views videos were getting.

What the news outlets had failed to understand in their desperate desire to gain eyeballs through social media is that the relationship between a social media platform and the outlet is not the same one they had with more traditional advertisers. Facebook, for example, does not have an interest in driving traffic to your site. They have an interest in making sure people are on Facebook.

After the massive hissy fit of February 2021, Facebook and Google announced they had signed deals with publishers of various size and ownership to provide them with cash in exchange for the outlets allowing their content to appear on various “showcase” style news platforms they are creating.

Putting side the government shakedown aspects of the News Media Bargaining Code, which admittedly play a sizeable role in everything that has occurred over the last few months in Australia, it seems as though every outlet is shaping up to make the exact same mistakes all over again.

I am not convinced news is going to get better as a result.

PrevPreviousHow my Bliss Body dreams died
NextWhy is Flight Simulator so much fun?Next