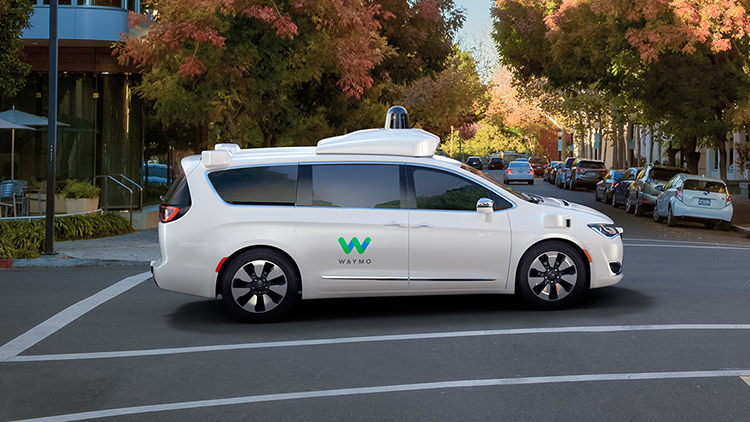 Before we begin, I apologise for nothing.

My attention was drawn to an article on Gizmodo (which they pilfered from sister site Jalopnik) reporting that Elon Musk, during an earning’s call earlier this week, claimed the full self-driving software for Tesla cars is likely to be released towards the end of this year.

He described the until-now-erroneously-named-Autopilot system as “feature complete”. Which you would take to make it has all the features it is going to and is complete, ready for release.

He noted, however, that “doesn’t mean features are working well”.

But it did remind me of a couple of thoughts related to autonomous cars that I figure it is worth going over again, because more than a few people reckon that the full World of Tomorrow-style autonomous car is just around the corner.

It’s Not Just About The Cars

An autonomous driving future is now just about the availability of autonomous cars.

The benefits of autonomous, self-driving cars can only be fully realised when the infrastructure on which they operate is also equipped with the ability to “think” (and I use that term very loosely) and actively manage traffic flows, feed information about the roads back to the car.

In Sydney, we are already seeing some of this come into fruition with the M4 Smart Motorway project in its final stages of construction.

The project promises to improve the ability of the motorway to manage traffic flows, respond to incidents and mitigate peak hour effects making for a smoother, faster, better, whatever journey.

More or less everyone would be happy to get in their car to drive to work then sit back and doze off while the car did its thing. What is going to be unpleasant, whether you are driving or not, is the stop/start/stop/start experience of bumper to bumper traffic.

There Needs to be Vehicle Saturation

There are over 19 million vehicles registered to drive on Australian roads.

According to The Australian Bureau of Statistics’ motor vehicle census, the average age of a car on Australian roads is 10.2 years.

That means now, at the start off 2020, the average vehicle was manufactured in late-2009. Autonomous driving technology was barely conceptual at that point.

What is often forgotten when it comes to discussing the future of personal transportation, especially in Australia, is the vast majority of people do not update their car at the same rate they do, say, a mobile telephone.

Even I know that I have owned maybe four different mobile phones since late 2010 when I bought the car I am still driving today.

In the same way smart infrastructure is required to fully realise an autonomous driving future, the number of autonomous-capable vehicles on the road need to be the vast majority.

You do not get the advantages of self-driving cars until all the cars, or nearly all the cars, are self-driving. Until then, the force of the human-driven vehicles will reign supreme, and humans are irrational, unpredictable creatures.

It would not be controversial to state that modifications to, or introductions of, legislation governing the use of autonomous vehicles happens at a far slower rate than that at which the technology is developed and implemented.

The Australian Government, through the National Transportation Centre, is looking at what legislation and regulative frameworks are needed to govern the introduction of autonomous vehicles on our roads.

They are still working through a number of different policy areas in this regard.

However, they require a human occupant in the vehicle at all times that is able to take control of the vehicle.

In New South Wales (at least), the human occupant is also the one legally deemed the “driver” of the car. Which makes them liable in the event of an accident or injury.

Autonomous cars are going to have accidents. Anyone that tells you otherwise is either lying or seriously misunderstands how technology works.

Those failures will most likely result in an accident. How are we going to determine the responsibility for that?

Volvo Australia, in a response to the Standing Committee on Industry, Innovation, Science and Resources inquiry on the Social Issues Relating to Land-Based Autonomous Vehicles in Australia wrote in that “[they] will accept full liability for damages or injuries whenever one of its cars is in full autonomous mode”.

Bold. It would certainly be interested to see their response should the system fail while in autonomous mode, and cause an accident. Or to see just how far they are willing to accept that liability should the system be misused, resulting in a crash.

Autonomous vehicles are, without question, going to reduce the number of deaths that occur on our roads. That much is obvious.

What they will not do, however, is reduce that number to zero.

Some may argue this is a straw man, but really the moral questions about how we program algorithms to respond to any situation where the loss of life is a probability regardless of the decision taken.

Outside of “what should your autonomous car do when presented with the trolley problem?” There are other examples of the problems of algorithmically driven decision making in other areas.

YouTube, jumps to mind, and its tendency to want you to learn all about easily debunked concepts like the how cool nazism is, the earth being flat and how the CIA is operating an MK Ultra programme on your local water supply.

These algorithms have real-world consequences. In a world full of autonomous cars, those consequences become much more direct.

It Is Still Early Days

Ultimately, this all boils down to us still being in the very early days of autonomous vehicles.

There are a lot of moving parts that need to work themselves out before the dream of a fully autonomous driving world is realised.

Even then, will it be fully autonomous?

Speaking solely for myself momentarily, there are situations where I absolutely would still like to have direct control of my vehicle. Twisty country roads taking in rolling hills are fun to drive.

I am all for having my car take care of the run to work. The prospect of falling to a pod of some description and taking another 30 minutes sleep is the future I welcome. But that is only one aspect of private personal transportation using a motor vehicle.

A fun thing to add to this, although it is really unlikely to be a problem because you can easily account for it by adding in additional sensors to detect things on the road itself, is GPS error coming as a result of continental drift.

Australia moves about seven centimetres to the north-east every year. Add that up over the life of a car and suddenly you are on the wrong side of the road or off it entirely. Although there is a plan to fix this.

Just as I went to publish this story, I came across an article from Popular Mechanics about how you can seemingly fool Tesla’s Autopilot software with a simple projector. Although that won’t stop the car from running you over.

So yeah. Still a work in progress.