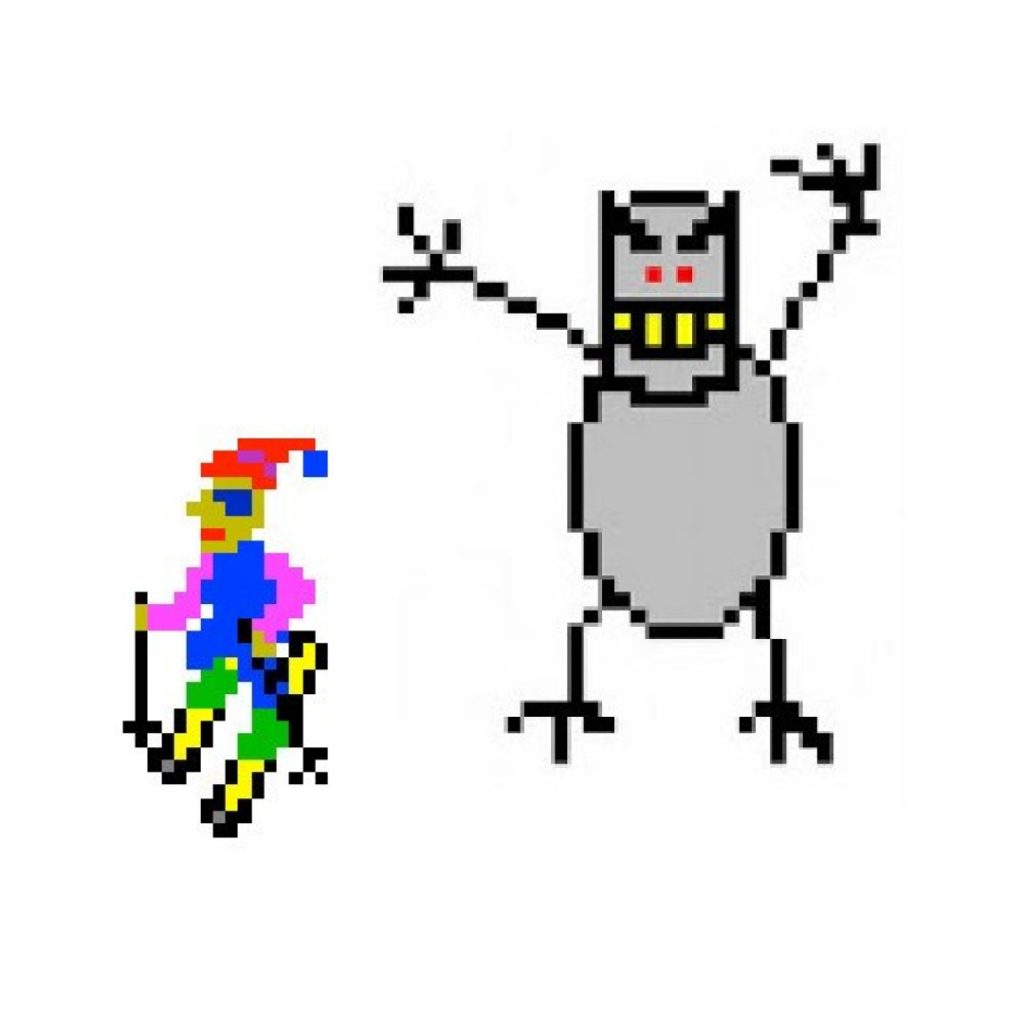 With Microsoft getting ready to unleash a shiny new version of Flight Simulator upon the world, it is time we looked at a few more classic games that need a return to our screens.

Before you head to the comments section or, worse, my email, with your takes about “but that’s basically what ‘such-and-such’ is now! YOU IDIOT” then just let me be clear that I am perfectly aware other video games have been made in the last 20 or so years.

Some of them may have even been made by people that worked on these originals. They may be considered by many to be spiritual or even actual successors. But those are not the point.

Anyway, onwards, and in no particular order: Classic Video Games That Need Rebooting

Let’s start with the obvious, shall we? The classic point and click adventure that is hitting a small plastic ball into a gopher hole intertwined with a casual stroll around a park.

Sans all the physical activity that comes from having a casual stroll around a park with a bag full of metal sticks in tow.

I don’t remember how a version of it came to be installed on one of the first computers we owned back in the mid-90s, but it was there and would be counted amongst the first video games I ever played.

The last version of Microsoft Golf was released in 2000.

Access Software, the studio responsible for the development of the Microsoft Golf series and purchased by the software giant in 1999, did release later versions of its original “Links” series up until Links 2002 for Xbox in 2003.

But that original go around of the Torrey Pines South Course will live on my memory forever.

Freelancer, released in 2003, was a not-quite-open-world space adventure game.

It was the spiritual successor to the Wing Commander series having been born from the mind of Chris Roberts, the latter’s creator.

In a way, you could argue that that reboot is already happening with the whole Star Citizen thing given that, again Chris Roberts is at the helm. But we’re not doing that. And anyway, Star Citizen reckons it’ll be the space game to end all space games.

There have also been plenty of other space games, I’m thinking the X1, X2, X3 series, No Mans Sky for example.

But none of those games have really captured that same extremely accessible, arcade-heavy feeing of Freelancer’s enjoyable romp around the cosmos. Even if some of the “fly here and kill [thing] missions did become a bit of a grind.

You probably played SkiFree during the early 90s.

If you were like me, you played the initial 45 seconds or so a million times as that was when the abominable snowman appeared, with a swift chomp rendering your game over.

I honestly can’t remember exactly when or how SkiFree came to be installed one of the first computers my family ever owned. I do remember the yeti, though. And never quite working out the mechanics what is fundamentally a simple game.

There is, and I could not be bothered looking, most likely a version of FreeSki available on the internet somewhere in all its pixelated glory.

SkiFree’s original developer still has the original game available for download, although I have no idea if it would even run on a modern computer. And, as it’s a Windows-based game and I’m currently using an Apple laptop to write this, IU have no way of finding out.

As much as it pains me to suggest it, imagine SkiFree as a VR experience. All fun of downhill skiing mixed in with the sheer terror of being devoured alive. Someone get this on Steam.

Bushbuck was a weird, Australian-developed pseudo-knockoff of Where in the World is Carmen Sandiego.

You start with a number of “tickets” available to fly you around the world. You fly to a place, learn something about it or be posed a question, the answer to which would reveal a clue as to the location of your treasure.

Solve enough, you get the prize and return home. The aim is to do this more times than the computer player you are facing off against.

Imagine Indiana Jones, but without the sense of adventure. Or the Nazis. Or Sean Connery.

But I enjoyed it as a kid and a new version might help avoid some of those “people think Iran is in Canada” images that tend to do the rounds on social media.

I can think of one particular three-year old in my house that would quite enjoy a modern version of this game as well.

Yes, this is another basically educational game in the list. Educational games were a big thing in our house during the early days of computers, before I got online and completely destroyed my brain.

MindMaze was the quiz game that came as part of Microsoft Encarta. You explored a castle, answering questions to further your progress towards the end.

I am pretty sure I never finished this one, and I do not recall a mechanic in the game that allowed you to use the encyclopaedia portion of Encarta to help research answers while you played. The US-centric nature of the questions (on the lower difficulty barely-10-year-old me used) provided a touch challenge. Remember, this is a world where you did not have the entirety of human knowledge accessible at your fingertips.

Thinking along these lines, do they still make kids game shows like they did in the 90s? I’m thinking A*Mazing, Double Dare, Total Recall and Now You See It.

That was the promise on the front of the box and looking back, that was what the game provided.

If you are struggling to remember what Army Men was like, then think about old real-time strategy games like Command and Conquer but instead of America versus Russia (or whatever they renamed them to) think green and tan plastic to army men.

Casting my mind back, I am pretty sure the time I first played this game coincided with the arrival of Pixar’s Toy Story which featured, of course, plastic army men.

The Army Men series was quite prolific during the 2000s, with myriad games of different styles appearing on a variety of consoles for over a decade with the last entry in the series being Mobile Ops made for (surprise!) mobile phones, released in 2010.

But the fun of playing trench warfare in the front yard, complete with WW2-style Newsreel videos marking the intervals between stages is something missing from the modern video game landscape.

What video games from history need to be brought into the modern world? Drop a comment below, or get in touch via one of many other methods available.