Project CARS 3 is a Misstep for the Series 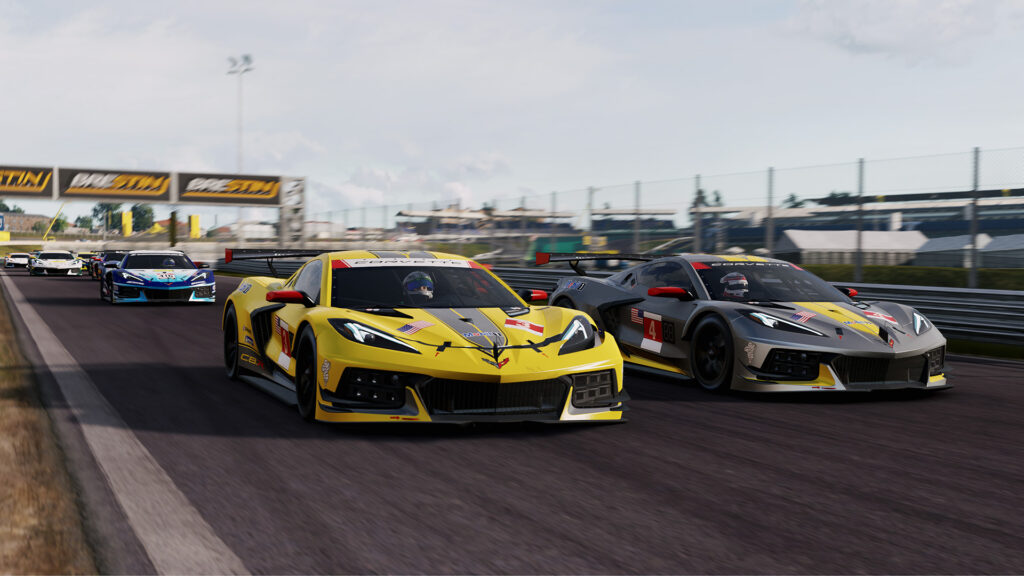 The third instalment in Slight Mad Studios’ Project CARS racing series is here…and it’s different than what came before.

The Project Cars franchise has a history a little different to most video game series you see kicking around. It start with a crowd-funded venture, with the release of the first Project Cars (stylised as Project CARS, with CARS standing for Community Assisted Racing Simulator) game occurring in May 2015.

It was well received and a second instalment, Project CARS 2 landed in September 2017. This built on the first game, improving on many of the criticisms levelled at the first game surrounding AI behaviour and some of the physics modelling – especially related to kerbs.

Both games gave you a somewhat traditional “career” mode for offline play. You started off in go-karts, progressing through increasingly powerful cars until you maxed out in your discipline of choice – in Project CARS 2 this was anything from rally cross to IndyCar. It was cumbersome, but vaguely mirrored what you would expect. You sign for a team, complete a series of races the results from which determined your eligibility to move up a level.

At each race you would have a practice session, qualifying and then a race or two largely representative of the real-world series the game was emulating. An endurance race could last for six hours, like the real world WEC, a touring car event would have two races (WTCC sorry, WTCR).

While it was not as cohesive as it could have been, it worked well enough for Your Humble Correspondent in terms of developing your own head cannon story of your career.

2020 has delivered unto us the third instalment in the franchise. Creatively named Project CARS 3, it can only be described as a departure from the previous formula.

It is probably worth mentioning at this point that following the release of Project CARS 2, developer Slightly Mad Studios was acquired by Codemasters. Codemasters have put out a lot of racing games in recent years with the latest two iterations of the Formula One series (2019 and 2020) being pretty well received, and the Colin McRae/DiRT rally games containing a pretty extensive and celebrated back catalogue.

The announcement that PC3 would not follow down the path already forged was met with a fair amount of unhappy by fans of the series. Simulator-based but accessible, Project CARS had developed a strong following from those looking for a realistic racing experience but without having to invest the time required to master something like iRacing, a much more serious and cost intensive simulator you may have seen if you watched the Supercars All-Stars E-Series during the initial COVID-19 lockdown across May, April and June.

PC3 moved away from the season-based, more lifelike career mode, going down a path more akin to the Forza Motorsport series (Xbox) with the player building up a garage of modifiable cars made available to race in shorter, more bite-size races without practice or qualifying sessions to help develop track-specific setups.

Instead of completing a season of six or seven half-hour races in a setup mirroring a real race series, the player is dropped immediately into one-off races, collecting enough XP to move up the rungs.

It’s scattered. There is no sense of moving forward, just jumping from one thing to the next thing. No sense of achievement. It’s…a grind.

Honestly some sort of narrative might have added something to the experience but instead you just jump from one contextless race to the next.

Even the races lack any nuance. Project CARS 3 has seen the removal of fuel loads and tyre degradation from the game. Everything is just a lights to flag sprint.

The only real thing to do in Project CARS 3 is expand your collection of cars. Which is…not satisfying.

In other media commitments, Your Humble Correspondent described the career mode as “Aldi knock-off Forza Motorsport” and a few days into playing it, I stand by that comment. It feels incredibly half-baked.

You cannot even just take a car out on a track and put in some laps to get used to it. Your only option is to race.

Perhaps for those looking for an accessible multiplayer experience, there is something there. Your Humble Correspondent is not into multiplayer so that remains untested.

There is more that irks in Project CARS 3.

The menus are not done well. Everything Is Written In Title Case For Reasons I Cannot Parse.

Copywriting is poor. What do you think “2:00 seconds” would mean? Yeah, two minutes. Things are pluralised when they are singular.

Projects CARS and Project CARS 2 featured an orchestral-ish soundtrack that complemented the grand scope of the racing on offer – they are on Spotify if you want to give them a listen. PC3 offers up the sort of banal electronica that drives you to pour bleach into your ears.

The music is also enabled by default in the races themselves – more borrowing from Forza – and perhaps that is a good thing as the Toyota 86 I drove after finally disabling it had an engine note that did not match the real car at all.

Even the graphics, what had previously been a selling point of the series, are flat and lifeless. The circuits are drab and lifeless. Rain effects are awful. In one race I completed that finished in the rain, I was reminded of the polygonal “spray” from the Nintendo64 F1 games all those years ago.

Project CARS 3 is a step-backwards for the series. And speaking of stepping back, I think I will too; into Project CARS 2.