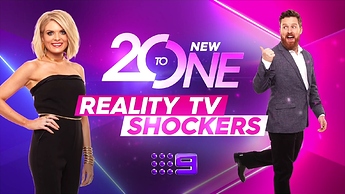 Who power ranks the power rankings? We do. We do.

Power rankings. Where did they come from? No one knows. Probably some horrific content mine deep in a country with low wages, questionable employment conditions and a less than stellar human rights record.

Pop culture heavyweight and (former, in Australia at least) journalistic powerhouse BuzzFeed has weaponised the power rankings form into what must surely be rivers of gold.

Could BuzzFeed ultimately answer what is the most successful form of power ranking? Absolutely yes. When it comes to turning your content into income, is that what should be the metric through which we define “best”? Also yes.

Is that what is going to happen here? No.

Simple. Functional. To the point.

This is the classic way to present a ranked list of items.

Not much else to stay here.

Four – Nine Through One

Oh yes, by reducing the number of items you change the game completely.

Chalk this one up to the people that found out having odd numbers in a list was far more likely to see your content clicked on than the normies that stuck out at the traditional 10 items.

Thought Crimes explored this in an earlier post lambasting a poorly considered ranking of hamburgers.

This particular method usually sees items broken up into one of four tiers, with the top tier being items that will reduce you to a blubbering mess by their mere existence. If you were presented with an item from the bottom tier, no jury would convict you of inflicting great harm on the person who brought such an obvious travesty into your line of sight.

All in all, tiers are middling.

The Oscars (other self-congratulatory awards ceremonies are available) but for internet lists.

Of course no one actually cares where you rank things. It’s all about generating content and faux-outrage on the social media platforms where everyone is constantly outraged about everything anyway.

Not everything needs to be a competition, Pam.

PrevPreviousMusings on the End of the Holden Lion
NextTop 3 Qualifications You Should Have When You Start Working in Industry (Client: Height Safety Engineers)Next