Hydrogen-Powered Cars Will Never Be a Thing 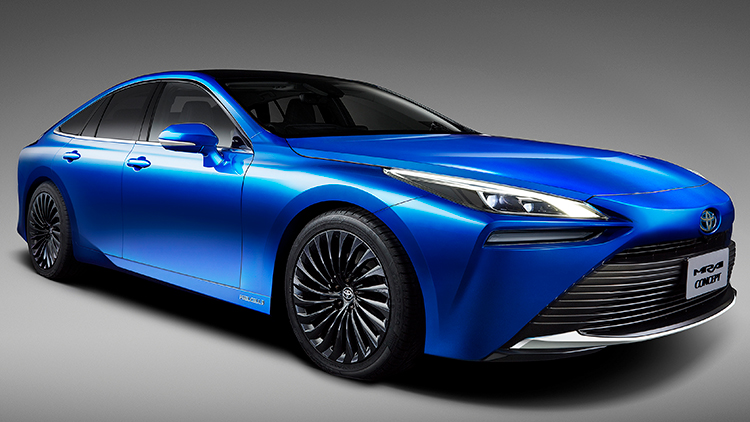 Just when you thought we had moved on from the idea of hydrogen-powered cars as a thing that manufacturers were pushing, back they come. To borrow an oft-quoted meme “y tho?”

Hydrogen-powered cars are the automotive equivalent of digital radio. It is a great technology that, by the time it was ready for mass adoption, the arrival of a superior technology renders it obsolete.

Sure, you can still listen to digital radio in small parts of the country. Mostly it is the capital cities. Overall, digital radio was replaced by smartphones using applications like TuneIn to stream radio over the internet, which in the year 2019 is now available more or less everywhere.

The problem with hydrogen cars is the same. Capacity of batteries, and the ability to recharge them quickly enough from existing electricity lines, is putting plug-in electric cars ahead in terms of accessibility.

People already have electrical lines in their homes and there are heavier duty lines crossing the country and running into places like shopping centres.

The batteries used with plug-in electric vehicles have also markedly improved their efficiency since the early days of the Tesla roadster and its power supply of second-hand laptop batteries.

With digital radio, a new device was required in order to listen to the signal, that was beaten out by internet-connected mobile phones and streaming audio.

To make hydrogen work as a replacement fuel source for our cars, it needs to be available in the same way petrol is currently.

That is not currently the case. In fact, the only hydrogen fuel station that springs to mind is the one out the back of Hyundai’s head office, located in the suburb of Ryde in Sydney’s north.

The big problem is that to make hydrogen useful for people, you need to make it available everywhere. Even when you put that up against the idea of needing to leave your electric car on plugged in for a day or more to completely charge the battery off a standard power outlet, that beats out hydrogen being simply not available, and not likely to be available.

No one is lining up to install the necessary tanks and equipment at petrol stations across the country ready to serve a growing fleet of hydrogen-powered cars.

Throw in the ability to install a cheap (comparatively) wall-box in your garage to increase the amount of electricity you can put into your car and suddenly you don’t even have to go to a fuel station anymore anyway.

All this combines to paint a picture where it is difficult to see a future for hydrogen powered cars.

However, that does not mean hydrogen power itself will not have a future when it comes to powering transportation.

One area ripe for hydrogen to replace the existing fuel, is long-distance hauling of freight with trucks powered by diesel engines.

It is not a stretch to see trucking and logistics fleets swapping out existing diesel-powered trucks for runs that generate their power from hydrogen fuel cells. In this instance, where you need fewer refilling stations and a requirement for less non-active time, fuel cells would be a preferred choice over the slower-charging plug-in charging systems.

Here, you can concentrate and reduce the number of hydrogen refilling stations to depots and specific places along major trucking routes. This would minimise the amount of infrastructure that needs to be built just to make sure the fuel is in useful places for those that need it.

That’s useful. That’s achievable. And it will help keep things going where they need to go while reducing the effect on the environment that simply moving things around the country has.

So for as long as manufacturers like Toyota push ideas like the Mirai as a viable alternative to fossil-fuelled cars, they are placing vast amounts of energy and resource into an idea that is never going to come to fruition.

The future of private transportation is undoubtedly electric. But the source of that electricity is going to be power lines, not hydrogen fuel cells.