Musings on the End of the Holden Lion 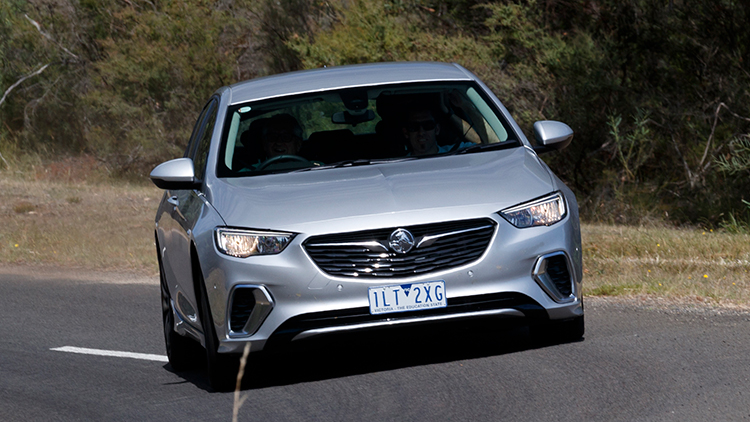 And so it came to pass that Holden will be no more.

General Motors, Holden’s parent company, decided mid-week they would withdraw from all right-hand drive markets. The result is that come 2021, Holden will cease trading as an automotive brand in Australia and New Zealand.

It’s a pretty momentous time. Australia has already gone through the end of domestic manufacturing with Mitsubishi, Toyota, Ford and Holden over the last few years.

And for many, this will not have come as a surprise.

The wall, upon which the writing would soon put on, was cleaned and undercoated following the end of VF Series 2 production in 2017. The new ZB model would take the Commodore back to its origins as an imported Opel, in this case the Insignia.

Actual words were then added in 2018 when it was announced General Motors had sold the Opel and Vauxhall brands to PSA (the French manufacturer that owns Citroen and Peugeot) leaving Holden without a real path to continue with the imported ZB Commodore beyond the initial agreement with Opel.

When it was announced the Commodore nameplate would be retired at the end of 2019, it was obvious that Holden would follow suit, the only question was when.

The answer to that question came sooner than many, including your humble correspondent, thought.

Holden’s closure, if you will allow a tired cliche for a moment, puts the cat amongst the pigeons in a number of different areas.

What went wrong? What happens with their cars? So you’ve just bought a Holden, now what? Does this have ramifications for the Supercars racing series? Is there hope the brand could be resurrected under a different guise at some point in the future?

Here, in no particular order, are some thoughts on a few of those questions.

So you just bought a Holden. Now what?

Holden have committed to maintaining a parts and service supply for at least the next 10 years. So you do not have to worry about something breaking and no parts being available.

Even once that time runs out, as Holden has been solely an importer of cars for the past three years, there is going to be the ability to source parts from the original General Motors or PSA (Peugeot-Citroen) brands.

Even if there is a recall, Holden will still be able to address it.

So it is not like they are completely disappearing immediately never to be heard from again. They just will not import new cars for you to buy. Not that anyone was anyway.

What about the Virgin Australia Supercars Championship?

This is an interesting one. The series has spent so long making sure that its entire brand and existence centred around Ford vs Holden that the departure of the lion-badged cars is going to present a conundrum for them.

There are plenty of avenues the series could explore if it wanted to move away from their existing roadmap roadmap. They could go GT3, although that’s unlikely. There’s also TCR, but that now its own series in Australia that is very unlikely. Maybe some weird Trans-Am thing, but that name is also already tied up.

MARC are about the only interesting option that springs to mind. For the uninitiated, MARC are a Queensland-based company that build a car which is quite close to what Supercars do – a single, tube-frame chassis into which is bolted a V8 engine that feeds power to the rear wheels, while a (currently) a Ford Mustang body is built on top. Previous iterations of the MARC V8 have included a Ford Focus and Mazda3.

These cars are a staple of the Bathurst 12 Hour and pop up regularly at other international endurance races.

Having recently changed ownership, a conspiracy theorist would like to think that something is in the works here, but that feels like a stretch.

The most likely outcome is they will stay with their existing setup – control chassis, many control components, bolt a body onto it. Supercars do not actually need any manufacturer support – in fact Ford’s impressive spend when designing and building the Mustang effectively removed any reason to watch the 2019 season. (I originally wrote this on Wednesday, of course on Friday before publication, Supercars CEO Sean Seamer announced pretty much this. How good is decent lag between writing and publication?)

What works in Supercars favour is that any old vaguely car-shaped body can be bolted onto the chassis and run through the VCAT balance of performance tests. It doesn’t need to tie back to a car. The days Supercars being a “win on Sunday, sell on Monday” series are long behind them.

Where Supercars are going to struggle is with rebranding themselves as something beyond parochialism.

Parochialism is something Supercars have struggled with for years now. Not understanding it lead to failed experiments in moving the series beyond Australia and New Zealand with failed races in China, Abu Dhabi, Bahrain and the United States. A stillborn race in Malaysia was likely to head the same way.

Even when Volvo, Nissan and Mercedes-AMG (sort of) joined the competition, the series expanded its view of the world, but also limited it to “us” (Ford and Holden) and “them” (Mercedes, Nissan, Volvo).

Getting the series to look beyond it’s own comfort zone and actually provide real backing and considered messaging to whatever comes next will be critical to the series survival.

What they cannot do, is follow The Sport of AFL’s example in how they treat the AFLW competition.

Could the brand be resurrected as a small, boutique manufacturer in the future?

Look, anything is possible but the chances of this coming to pass are incredibly small.

The obvious problem is that General Motors will continue to own the Holden brand, image and intellectual property associated with the cars that were built.

Looking beyond that, small, boutique manufacturers only really work if the product is engineered well and the name they are using as a bit of cache about it.

Is any of that true for Holden? Not really.

The last Australian-built Commodore your humble correspondent got to drive was the VFII SSV Redline, basically the top-spec Holden-badged Commodore you could get before you stepped up to the Holden Special Vehicles (HSV) variants.

The engine, Chevrolet’s LS3 6.2L V8, was tremendous, the noise it made superb. Even the way it drove was a step up from other, older Commodore’s I had driven (including the one I owned for a short period).

Inside, however, was a hodgepodge of random bits of fabric and ill-considered design elements. It was a mess.

The fit, finish and quality of the work was…not what you would consider at the level of a car like that.

If it were to return as a small volume builder, it could not be the Holden of yore. That would not work. And if it cannot be Holden, then why call it that in the first place?

There’s no doubt a lot is going to occur over the coming months. Holden is already slashing prices on their remaining stock to try and ensure the end of sales is as tidy as possible. That they can determine a specific closure date well enough in advance that the 600-odd staff members that are going to find themselves without work can pursue new opportunities.

One side note, I look forward to seeing what this Adelaide car dealer puts in their half-built $6million Holden showroom when it gets completed.