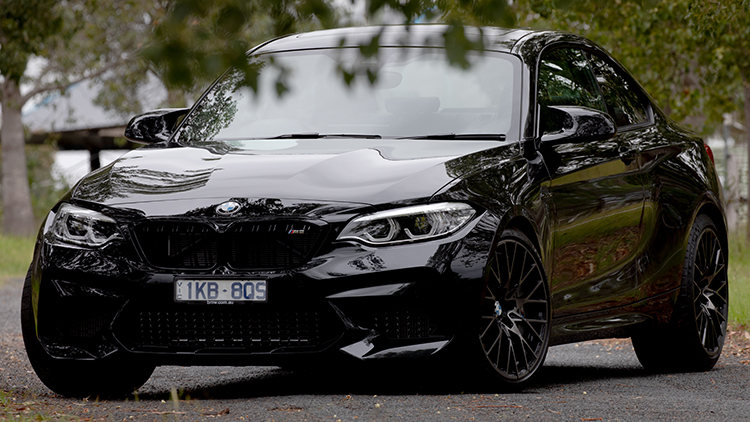 When it came to taking photos of BMW’s stunning M2 Competition coupe I, of course, ventured as far as my driveway on the location scout.

See all the photos on The Redline

There is always a balance to be struck, when you are looking to take photographs of a car. Particularly when the photos are being taken to accompany a review.

By and large, people are interested in the car itself. That amazing location you think you need is, in a lot of cases, the least important aspect aspect of the image.

It trails well behind making sure the car is clear, that you have captured any aspects of it the reviewer is likely to highlight as either a good or bad thing, and that you can clearly demonstrate things like boot space, legroom and the like.

The location becomes even less of a priority when you have a very short amount of time with the car in order to capture all the images you need.

Which is not to suggest you can disregard it completely. A bad backdrop to your image is going to ruin the shot regardless of what else is going on.

And that’s how I found myself shooting the BMW M2 Competition in my driveway. My driveway could cover for a narrow country backroad, there is some nice green trees and looks like the sort of road this car would be absolutely at home in.

Making it more fun was that the car was only available overnight; I picked it up on a (I think) Saturday afternoon and returned it about 24 hours later.

Throw in unavoidable family commitments, fading light and the prospect of an ordinary day forecast for the Sunday and, hoo boy, things are getting tight.

Under the bonnet are two turbochargers, attached to an engine that throws out 302kW.

It is absolutely the sort of beast where if you are looking to drop between $80 and $100k on a two-door sports car there are plenty of worse options out there.

Inside is typical BMW, which is to say very nice.

I had the father-in-law play stunt driver for me on this shoot. It is a driver’s car, so just using static shots to try and show it off in its best light seemed like a bad decision.

Once we were finished he thought for at least a few minutes about how much he could trade in the two cars the family has for, before realising that a bashed up Subaru Outback was not going to generate the sort of return required to make the rest of the equation stack up.

You can check out some of the BMW M2 Competition in the gallery below, and please go and give The Redline a look for the opinions of an actual motoring journalist that understands much better than I do the history of this particular model and where it sits in the pantheon of really quite nice BMWs.